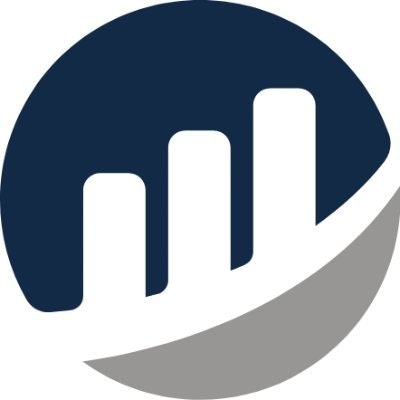 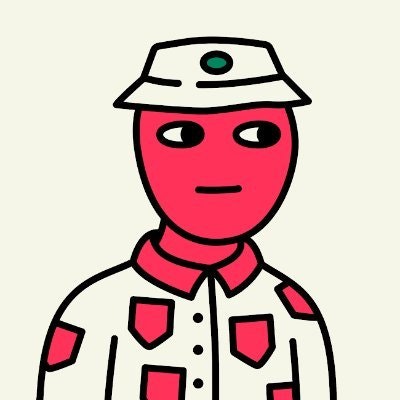 This blog was also posted on our Medium page.

Devcon finally returned after a 3-year enforced absence in October. The event was bigger than ever, with more than 300 talks. We summarize some of the topics covered, including:

Aya from the Ethereum Foundation (EF) opened with a talk on the philosophy of Growth by Subtraction. While the predominant approach to growth for companies is to expand and acquire, the EF understood its role in the infinite game that is Ethereum and chose to subtract — empowering others and providing opportunities for more people to get involved in the process.

“Ethereum is too great for one entity to control.”

Subtraction is not easy. It may not be in the best interests of the individual and they may not be recognized. The philosophy refers to subtraction of power, not work, so it involves even more effort for the organization in educating, coordinating and communicating.

In the words of the Nomics Labs team (behind Hardhat), what subtraction does allow for is the feeling of working with others to achieve the same common goal.

A question for us all: how can each of us Subtract?

The only talk out of 330 in Devcon about ETH the asset rather than Ethereum the protocol was by none other than Justin Drake. He equates ETH with water and uses temperature as a mental model to examine it.

ETH is cold when staked as the assets are not fluid or flowing, and hot when it is being transacted for dapp interactions.

ETH can also be programmed to contribute to the network in four ways:

The incentives for users to stake are in issuance of new ETH and in appreciation of ETH price. Given that issuance has diminishing growth as stake grows, and that the network has been designed for minimum viable issuance, this means that for Etherum’s security to be upheld, ETH price needs to go up.

A way to measure the sustainability of Ethereum is by treating it with the Price-Earnings (P/E) ratio model. Treating ETH burnt (from base fees) as revenue and issuance as expenses, we can model ETH to have a P/E ratio better than that of Google.

Justin emphasizes ETH as an ideal collateral for DeFi services due to it having no contract, custodial, oracle, bridge, or governance risk on the Ethereum network. Due to its ETH’s volatility, stablecoins will always be used on the network, and here again ETH is ideal as collateral.

With rollups, sharding, and assuming Nielsen’s law, Justin predicts that Ethereum will be able to handle 10 million transactions per second leading to transaction fees of 3 gwei per transaction. Even with an ETH price of $1 million, that amount equals $0.003!

The Ethereum community has never been one to shy away from discussing controversial ideas, and Social Slashing is right up there in the list, especially in light of OFAC censorship.

With potential centralization of validators challenging Ethereum’s neutrality, Eric Wall cited an old article on Vitalik’s blog discussing how harder-to-detect attacks like coalition censoring can be tackled through a minority User Activated Soft Fork (UASF). A UASF can selectively target and slash misbehaving validators and can be done without compromising the entire protocol, which isn’t possible with Proof-of-Work.

A fear of censorship might prompt us to slash all validators using OFAC-compliant relays such as MEV Boost, but it is not that simple. The existence of these relays preserves the decentralization on the validator level — they may choose to use other relays. The alternative would be worse — only a few validators having a majority of the access to order and censor transactions.

This brings us to a more dystopian view of system-wide censoring. Instead of censoring happening in the block building process, it would happen at the validator level through refusal to attest non-OFAC compliant blocks.

A growing body of research is being built to tackle this pertinent issue, and it is our collective responsibility to be involved in the push for a credibly neutral Ethereum.

The topic of MEV has been a confusing one ever since it was first introduced to the community. Not only is the term ill-defined, even what it stands for hasn’t been consistent. Initially standing for Miner Extractable Value, it became switched (rather unsuccessfully) to Maximal Extractable Value.

At Devcon Sxsyun entered the scene with a clearer distinction of 3EV — the three types of MEV: Mafia, Moloch, and Monarch.

Mafia EV refers to the scenario where one or more agents have knowledge not known to other agents in the system. This upper hand allows them to conduct sandwich attacks or frontrun others’ attempted transactions.

Moloch EV is value that is surrendered to Moloch, the mythical god of discoordination. In this scenario, a lot of value is wasted due to the lack of coordination between all agents. An example of this was the Priority Gas Auction (PGA) wars that frequently drove up gas prices prior to the launch of Flashbots.

Monarch EV arises as a central coordinator gains power to decide on the ordering or allocation of transactions. A sequencer of transactions in a layer 2 network, for example, can extract value from all transactions occurring there.

Ideally, we want the relationship between them to be 0% Mafia EV, 0% Moloch EV, and 100% distributed Monarch EV. This is difficult to achieve in real life but isn’t impossible.

0% Mafia EV can be achieved with programmable privacy. By increasing efficiency in MEV or specialization of labor, Moloch EV can be reduced. As for Monarch EV, focusing reinvestments into wallets or ideas such as retroactive public goods funding helps to ensure the MEV is distributed.

The idea of PBS is closely related to MEV, as it aims to separate the powers of proposers from that of MEV builders. In the current post-Merge Ethereum, the building of blocks (fitting and ordering transactions that make up a block) is done by external parties using a third party system called MEV-Boost. Searchers find opportunities for arbitrage and other MEV-transactions from users’ transactions and share them with a builder. The builder submits their block of transactions to relays who pass these on to MEV-Boost. On the other side, a block proposer (i.e. validator) selects a suggested block and adds it to the blockchain.

This currently happens outside of the Ethereum protocol itself, relying on relays that could fail to submit blocks, pay proposers less than promised, or even not deliver payment at all.

PBS aims to make this “in-protocol”, removing the reliance on a third party. However, research for it and its consequences are still in an early stage. Some directions in the research are to explore:

More research is needed, and the Robust Incentives Group of the EF welcomes mechanism design researchers to apply to join the team!

Another big topic in Devcon was account abstraction, which aims to make smart contract wallets a first-class citizen compared to its current status as subordinate to Externally Owned Accounts (EOAs).

Wallets would not need to sign transactions with their private keys by default. Instead, they could leverage smart contract capabilities to do all kinds of powerful actions such as paying gas for other wallets, using social recovery if access to wallets are lost, and sign batched transactions.

Because there is so much at stake on Ethereum’s layer 1, the current roadmap for implementing it is to push it live on layer 2s with a non-consensus affecting change such as ERC-4337. Once it has proven itself there, the changes could then be implemented to layer 1.

Scaling Ethereum involves not only upgrades to the layer 1 network but also research and breakthroughs in layer 2 technology.

A significant future upgrade is the change to Ethereum’s data structure from a Merkle Patricia Tree to a Verkle Tree structure. This talk by Guillaume Ballet from Geth explains how moving to a Verkle Tree structure will pave the way to a stateless Ethereum and other future applications such as state expiry. A few advantages of Verkle Trees include faster and selective node syncs, making blocks as self-contained execution packages and a (somewhat) smaller state.

Layer 2s are key in Ethereum’s rollup-centric roadmap and a plethora of sessions about it were held in Devcon. A talk by Daniel Goldman from Arbitrum highlights the current and future role of sequencers. As sequencers are currently centralized, a few possible futures were laid out on how to reduce this power. One way is through cryptoeconomic penalties by enforcing slashable bonds from the sequencer. Next is managing MEV extraction through encrypting transactions or having an MEV auction for ordering rights. Finally is “Fair Ordering” through sequencer committee consensus or a hybrid ordering algorithm paired with priorities fees.

With Ethereum now running on Proof-of-Stake, nowhere is the battle for a secure and decentralized network fiercer than in the staking space. From hobbyist stakers to institutional staking services, Devcon was the perfect place to catch up on this ever evolving front.

For solo stakers, a session led by Pok Lanski from DAppNode provides useful insights. First is the acceptance of MEV as a centralized force and mitigation (for now) by participating in extracting its opportunities. Next is related to proto-danksharding, specifically EIP-4844. Once this is implemented, expect your consensus layer node to become bigger as a new type of data or ‘blob’ is created for Rollups. Statelessness and PBS were also covered. Once this is achieved, validators won’t need to store the full state of Ethereum to validate a block. Hard-drive requirements will lessen for validators, but more work for builders will be needed to provide pieces of state affected in a block.

A panel titled The Staking Economy: From Monolith to Modularity invited us to have a glimpse of the staking future, made possible by tech stack modularization and innovations in middleware solutions. Key highlights include:

The talks and panels above are only a small portion of the knowledge shared at Devcon. For those interested in consuming all its content, head over to the EF’s YouTube channel to explore the various tracks covered. Until the next Devcon!

Thanks to Harith, Azfar and Faiz.